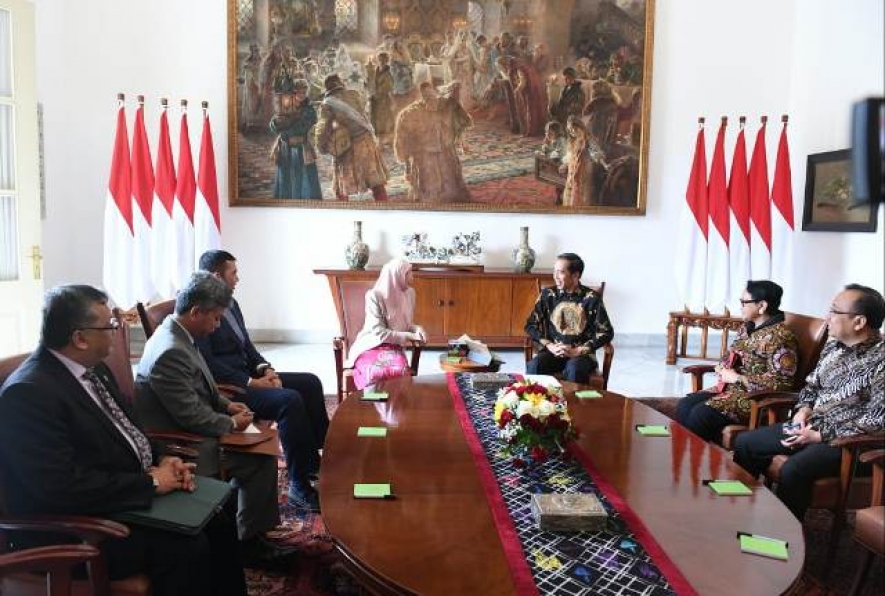 Indonesian President Joko Widodo and Malaysian Deputy Prime Minister, Wan Azizah Wan Ismail in a bilateral meeting at the Bogor Presidential Palace on Tuesday October 9th, 2018 discussed an effort to promote sustanaible palm oil business. The Indonesian Foreign Affairs Minister, Retno Marsudi who accompanied the President said that Malaysian Government had asked Indonesia to work together to promote sustanaible palm oil industry to the world  through Council of Palm Oil Producing Countries (CPOPC). The effort is done to counter negative issues on palm oil that happen to the two countries as the biggest palm oil producers in the world.

"The Deputy Prime Minister has earlier mentioned about palm oil. It means that both countries, like it or not, have to work together to promote the sustanaible palm oil and the President said ok and this is good cooperation reflected in CPOPC. CPOPC is organization of palm oil producers which members are Indonesia and Malaysia. And we work together.through CPOPC, said Retno Marsudi.

back to top
Home