The company is aiming to develop a A$30 billion-plus (S$27.6 billion) project to supply solar power from Australia to Singapore, with the backing of tech billionaire and climate activist Cannon-Brookes and the richest man Down Under Andrew Forrest.

However, the mega project has fallen short of funds as Cannon-Brookes and fellow Australian billionaire Forrest were unable to reach a consensus on its future direction and funding structure.

This prompted the company to appoint FTI Consulting as voluntary administrators.

This leaves the proposed Australia-Asia PowerLink solar power export project hanging in the balance, as construction was expected to begin in 2024.

Cannon-Brookes, who became chairman of Sun Cable in October, said he remained confident in the project. "I fully back this ambition and the team, and look forward to supporting the company's next chapter," he said in a statement. The statement offered no comment from iron ore magnate Forrest's privately owned Squadron Energy, Sun Cable's other big stakeholder.

It is still possible Squadron could put together a funding deal for the administrators, said a person familiar with the company's thinking who sought anonymity because of confidentiality provisions.

Last year's capital raising of A$210 million included milestones that have not been met yet, meaning that not all of that funding was made available. 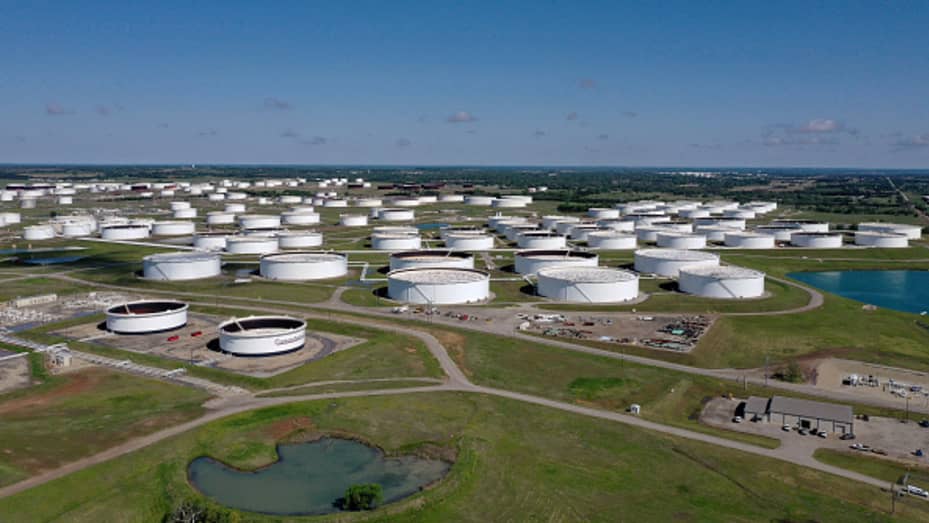 Oil prices fell on Wednesday as an unexpected build in crude and fuel inventories in the U.S., the world's biggest oil consumer, and economic uncertainty reignited demand worries.

Both contracts rose during trading on Monday and Tuesday, rebounding from a sharp selloff in the first week of 2023.

Analysts polled by Reuters expected crude stocks to fall by 2.2 million barrels and distillate stocks to drop by 500,000 barrels.

The large increase in U.S. inventories in the API estimates has dragged down oil prices and the risk of recession is also capping the oil price uptrend in the short run, said analyst Leon Li at CMC Markets.

Traders will be looking out for inventory data from the U.S. Energy Information Administration due later on Wednesday to see if it matches the preliminary view from API.

The oil market has been pulled lower by worries about U.S. interest rate hikes to curb inflation which would trigger a recession and curtail fuel demand.

The prevailing market sentiment is bearish on the demand side with China is still dealing with widespread COVID-19 outbreak and the U.S. and Europe at risk of an economic slowdown because of rising interest rates, with supply disruptions minimal for the time being, Claudio Galimberti, a senior vice president at Rystad Energy, said by email.

The market structure for futures reflects that weakness with both the front-month Brent and WTI contracts remaining in contango, where prompt month prices are trading lower than forward month prices, typically a sign that there is less short-term demand for oil.

"Monday's news that China had issued a fresh batch of import quotas suggests the world's large importer is ramping up to meet higher demand," ANZ Research analysts said in a note. The big focus this week is on U.S. inflation data, due on Thursday. If inflation comes in below expectations that would drive the dollar down, analysts said. A weaker dollar can boost oil demand as it makes the commodity cheaper for buyers holding other currencies//CNA

In the discussion room Marketing and Special Interest Tourism and MICE - Event at the 2022 Parekraf National Coordination Meeting at the Grand Sahid Jaya Hotel, Central Jakarta, Friday (12/16/2022), Deputy for Marketing of the Ministry of Tourism and Creative Economy Ni Made Ayu Marthini said there was a shift in parekraf market trends post-COVID-19 pandemic, where currently tourists prefer to travel that is of a higher quality and full of activities, not just relaxing.

In addition, the age range of parekraf market consumers in Indonesia is currently dominated by the millennial generation who are hungry for knowledge and information that is interesting, concise, concise and clear. "So as a means of promotion, it must be catchy, short, clear and full of pictures," said Marthini.

Marthini added that digitalization also plays an important role in marketing the potential of the Indonesian parekraf sector to national and international markets. "Like it or not, we have to embrace digitalization and use it as a means of promotion (parekraf potential)," said Marthini.

Young Expert Immigration Analyst at the Directorate of Immigration Traffic at the Ministry of Law and Human Rights, Wachid Kuntjoro Djati added that to support the marketing of the Indonesian Parekraf market abroad, his party always collaborates with the Ministry of Tourism and Creative Economy. One of them is through the implementation of a visa-free visit policy for foreign tourists.

This discussion was also attended by echelon I and II officials within the Ministry of Tourism and Creative Economy, and representatives from various local governments and members of the media//VOI 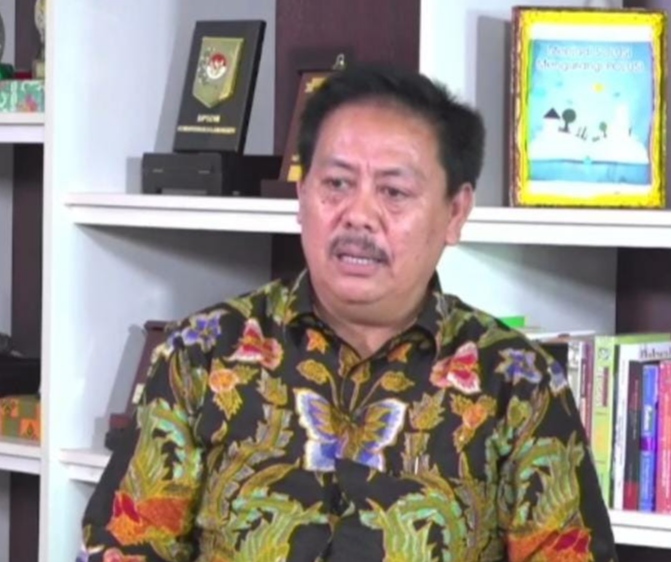 National Library of Indonesia is currently intensively running the Social Inclusion-Based Library Transformation (TPBIS) program. The aim of this program is so that the library does not become an "ivory tower". The presence and benefits of the library must be felt by the community. One of them, encouraging the improvement of social welfare.

The Head of National Library of Indonesia, Muhammad Syarif Bando, explained, the aim of digital library transformation is to accelerate the formation of superior human beings in technology. Have innovation and creativity.

"Through this program, the community is given training to improve skills through applied books in the library," Syarif said in a talk show held by the Center for Library Analysis and Development of National Library of Indonesia's Reading Culture, on jawapos TV with the theme "Library Transformation Based on Social Inclusion ( TPBIS) Supports MSMEs", Saturday (17/12/2022)

According to Syarif, training and skills improvement for marginalized communities is very important. This is because they have been poor for four reasons. First, mastery of knowledge is lacking. Second, minimal innovation and creativity. Third, access to capital is lacking. Fourth is the culture of the people who speak more than read.

As for access to capital, Syarif explained, the Government had actually prepared a very large People's Business Credit (KUR). However, when people do not have the skills to produce goods and services, the KUR is not optimally absorbed. For this reason, improving community skills is very important.

According to a release received by Voice of Indonesia on Saturday, the library then moves in this field to improve people's skills, namely by providing applied science books. For villages, the National Library of Indonesia hopes that Village-Owned Enterprises (BUMDes) can collaborate in improving community skills through applied science books provided by the library. "So that people can easily create goods and services," he added.

During the four years running, the TPBIS program has touched as many as 2,133,918 community members, who participated in 85,776 community engagement activities in the library. This shows the great public interest in this program. Many people have experienced the positive benefits of this program in an effort to improve their quality of life and welfare.
Indonesia, according to Syarif, has abundant natural resources but has not been optimally managed. Therefore, people need to be equipped with innovation and creativity as well as digital accessibility to increase their knowledge.

Implementation of 70 percent transfer of knowledge is very important. Because, as stated by UNESCO, the last seat for everyone who is no longer in formal education is the library.

"So, for rural communities, of which, on average, 90 percent do not study at tertiary institutions, they can improve their skills and abilities by coming to the library," he said.

Meanwhile, Acting (Pj) Governor of W Sumatra, Akmal Malik agreed with the description submitted by the Head of National Library of Indonesia regarding inclusion-based library transformation.

Inclusion-based literacy is really needed by people in rural areas. This is the right choice in developing skills for farmers, fishermen and housewives.

"Regarding the aspect of capital, the Acting Governor of West Sumatra explained that intelligence is needed in managing the resources they have. "For example, in the maritime community there are coconut trees. Not always sold in the form of fruit only. Even though the fiber can be useful. The shell and the tree are the same."//VOI